You are here: Home / Archives for Preparing for Emergencies 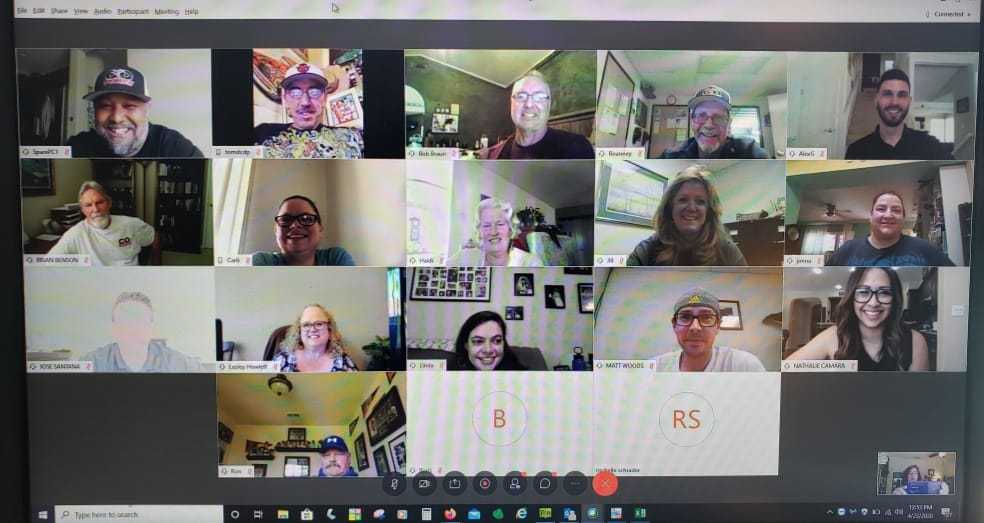 Few, if any businesses had a plan to navigate through a pandemic. What we at CD & Power discovered is the infinite capacity of our workforce to adapt to the profound changes Coronavirus forced upon us. Many of our customers expressed similar feelings about their own operations. We had to learn quickly how to work from our homes and, though separated, work together.

We don’t prefer meeting online as a team, but the forced distance is inspiring us to find new ways to look out for our customers, each other, and our neighbors. We are better for it. This generation-defining experience gives us ample reason to hope. END_OF_DOCUMENT_TOKEN_TO_BE_REPLACED

We are always concerned about the health and safety of our employees and our customers. We have already been preparing for what we believe will be a prolonged and difficult fire season. We are adding to our rental fleet, getting scheduled maintenance completed, and offering education on preparedness.
During the California state and regional shelter-in-place orders, we continue to operate as an essential business, providing necessary support services. In order to keep our staff and customers safe, we are:

This is the link to the CDC site that gives a great deal of information:
https://www.cdc.gov/coronavirus/2019-ncov/community/guidance-business-response.html

END_OF_DOCUMENT_TOKEN_TO_BE_REPLACED

If you live in Northern California, you are likely more familiar with what happens during a power outage than you ever wanted to be. If you have used temporary, portable generators to restore power to your facility in the past, then you are aware that there is more to it than getting a generator on site and starting it up.

If you anticipate renting a portable generator in the future, there are steps you can take to:

END_OF_DOCUMENT_TOKEN_TO_BE_REPLACED

We have heard from several customers that they received notification from PG&E regarding potential, planned, power outages starting tomorrow. Forecasts for extreme weather are causing fire concerns. Per PG&E:

“Due to expected extreme fire danger conditions, including the Red Flag warning from the National Weather Service and several other weather factors, Pacific Gas and Electric Company (PG&E) today began notifying customers in portions of nine counties that the company may proactively turn off power for safety starting on Thursday, November 8.”

Portions of the following counties are affected:

Review the complete announcement from PG&E one their website. We hope you and your staff members stay safe. If you want to line up a rental generator, please contact us.

A few of our customers have asked about recent PG&E announcements and how to best be prepared. Here is what we know and recommend:

1) PG&E announced its plan to proactively manage wildfire risks. You can read the full report here. Some key things to note: they will be more aggressive in managing vegetation around power lines and are warning customers now that they will conduct “Public Safety Power Shutoff[s]” when concern about wildfires is high.

END_OF_DOCUMENT_TOKEN_TO_BE_REPLACED 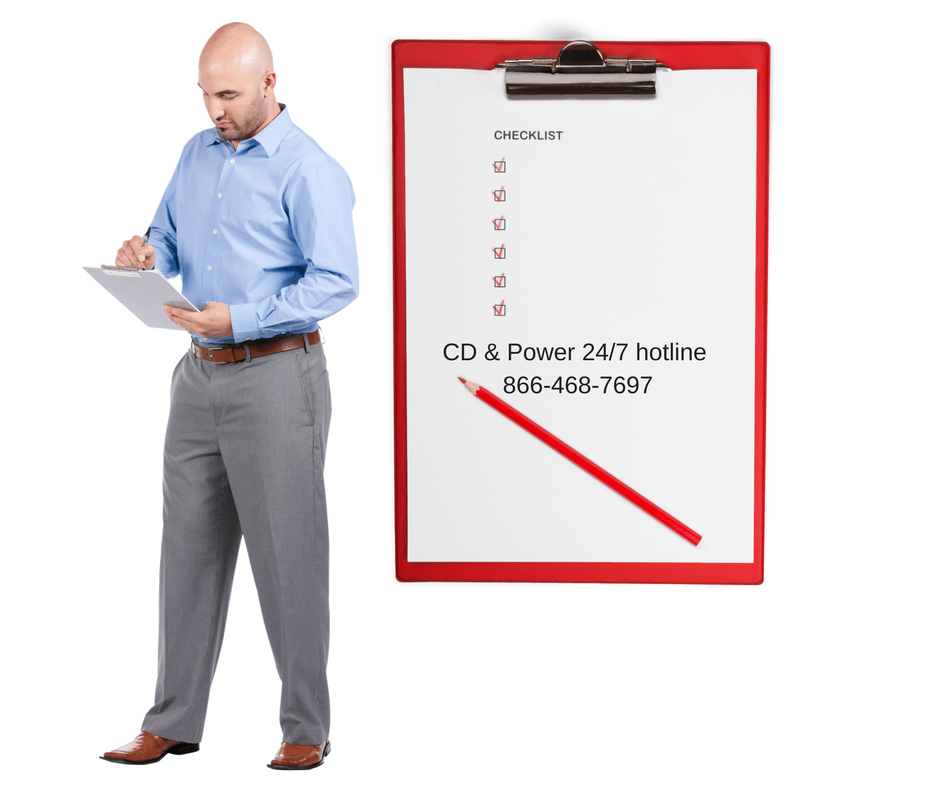 In Northern California we are fortunate to live in an expanse of boundless natural beauty. But from time to time Mother Nature reminds us of the essential wildness that stirs within it. Case in point: the recent wildfires in Napa, Sonoma, Mendocino, Butte and Solano Counties.

Shortly after the outbreak of the fires Sunday night, we had people in the field delivering and setting up generators, restoring power to grocery stores, communications providers, wineries and other services affected by the disaster. Our personnel came back with customer stories of the blunt force and breathtaking speed of the wind-driven flames.    END_OF_DOCUMENT_TOKEN_TO_BE_REPLACED

When You Put the Name Mercy on the Front of Your Building It’s Nice to Know CD & Power and Gillette Generators Have Your Back.

Often in our experience customers become friends and our transactions with them become stories. This is a recent story with a happy ending for all the parties involved. 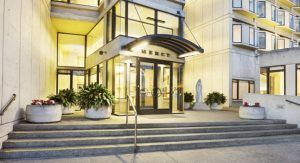 Since 1872 the Mercy Retirement and Care Center of Oakland California has offered a comprehensive array of services enriching the lives of seniors in the Alameda County community. Over a year ago, the care center and their HVAC contractor, Matrix HG, determined that their generator could no longer provide the necessary power to back up service to their facilities.

As the planning progressed, the Mercy team recognized that they needed a higher level of attention than what they were getting from the generator sales and service company they engaged initially. Joe Cabral, of Matrix HG, knew exactly who could step in to help. END_OF_DOCUMENT_TOKEN_TO_BE_REPLACED

According to Mike Halpert of the Federal Climate Protection Center, there is a “95 percent chance of El Nino continuing through the winter, that’s about as confident as you will ever see in a climate forecast.”

There you have it, El Nino is coming and it goes without saying that now would be a good time to start reviewing your emergency procedures for a loss of power.  The danger of flooding and power cuts is all too real. “We could see upwards of 200 percent of average rainfall event.” Said Bill Croyle of the California Department of Water Resources.

El Nino aside, there has been a 58% increase in power outages over the last 5 years. Not only that, but a recent study showed that the median cost to a small business for loss of power is upwards of $12,500 per day.

Rob Nanney’s day started early on Sunday August 24. Rob is the Operations Manager at CD & Power.  He has been with the company for 18 years and handles the 24 hour emergency telephone line.

After his wife woke him up for the earthquake at 3:30 am, he knew it would be a long day.   He was right.

The first CD & Power emergency call came in at 5:20 am from a grocery store in Napa.  The power was out and they needed a generator.  Rob called Alix, one of the apprentices.  They arranged to meet at the Martinez shop. They selected a generator and hooked the trailer to his truck. When Alix was getting close to Napa he called to give them his ETA.  “Never mind,” they told Alix, “the power is back on.”

The next call Rob received came in around 7 am.  Napa City Hall was flooded and the power was out. They needed a generator – fast.  Rob called Alix, who brought the generator to City Hall.. When he arrived the utility power had just come back online. Alix waited about 45 minutes and the customer decided he didn’t need to keep the generator on site, so Alix returned the generator to the shop.

Rob received another call from a construction company in Napa.  Rob told him that yes, we had plenty of generators available for rent. Rob called the customer a few minutes later and the customer said that the utility power was back up and he didn’t need a generator after all.

Another call came in from Alpha Technologies, a contractor for Comcast. They use generators to power facilities all over the Bay Area.  This time they needed fuel for the generators in Napa and Sonoma.  Alix came back to the Martinez shop and picked up the CD & Power fuel truck. Then he was on his way back to Napa.

About 11 am Rob got a call from Alameda Fire Department. They needed emergency generator repair, but it had nothing to do with the earthquake.  Rob dispatched generator technician Bob Serb for that one.  It turned out to be dead batteries.

A few minutes later the phone rang again.  This time it was the Napa Outlet Mall.  As Rob was calculating the size generator the client needed, guess what?  The power came back on. “Never mind,” they told Rob.

It was pretty quiet during the afternoon, but about 7 pm a call came in from that same grocery store that Rob heard from in the morning.  The power was out again.  This time, Rob called CD & Power technician Ken Brashaw, who works at the company’s Sacramento location.  Ken went to the Sacramento shop, picked up a generator and drove to Napa. About 10:30 pm, Ken called Rob and said that the power was back on, but the client decided to keep the generator onsite just in case they lost power again.

Rob’s personal attention to the emergency line is one of the big differences that sets CD & Power apart from other generator companies.  When customers call, they speak directly to a generator expert – not an answering service.