What’s the Difference Between Natural Gas and Diesel Generators? 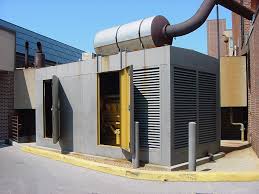 Only a few years ago, traditional logic for generator sets (gensets) held that:

Diesel fuel is the traditional choice for commercial and industrial standby power, but is by no means the only choice.  In the past, gaseous fuels have been avoided in industrial applications based upon cost, power density and perception of durability and fuel reliability.  That is no longer the case. Today, thanks to the development of new technologies in engines, enclosures and other components, the differences between diesel and natural gas generators is no longer so clearly defined. 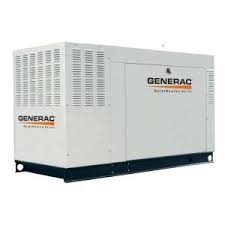 Natural Gas Generators
An efficient means of power generation is by using a natural gas generator. It can be used to power  emergency and portable generators and is considered to be one of the least expensive and one of the most adequate forms of fuels among the fossil fuel family for generating power.  In terms of price, coal is the only fuel that is less expensive. One of the biggest draw backs of using coal is that it’s a very dirty source of fuel.

Natural gas is typically acquired by drilling, the same process as is done for oil.  Natural gas in liquid form is taken to various holding facilities where it is converted into its gas state. Then, is made available through pipelines and it can also be purchased in cylinders.

A natural gas generator works pretty much the same as other generators.  Usually the only  difference between generators is the fuel used to power them. In this instance,  the source of fuel to start the generator is natural gas. These types of  generators are predominately used in large metropolitan areas where fuel supply is available through a  pipeline fuel delivery system.

Aside from its evident advantages, natural gas generators also have some negatives to them. 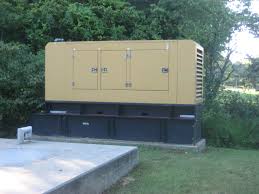 Diesel Generators
These kinds of generators can usually be divided into two primary parts: a diesel engine and an electrical generator.  Diesel generator sets  are mainly used to provide power to places that are not on a power utility grid or as a backup source in case there is some kind of  power outage or  failure.  Ships and large boats use diesel generators for all of their power and propulsion needs when they are on the water.

Diesel generators are  common for back-up emergency power. They are available in both single and three-phase, diesel generators can be used not only in medium to  large businesses,  but also for homes and small offices.

Advantages of Using Diesel
• Fuel efficiency: When it comes to making a  choice on which fuel to use, price is usually the number one factor. With the ever increasing demand and decreasing supply, when it comes to choosing which fuel to use, there will always be some kind of debate on why one is used over the other.  One of the most important keys is finding a fuel source that saves on both energy use and operating costs. Diesel generators score high on both of these points. While they are substantially more expensive than natural gas generators, also the price of diesel fuel is often more than gas, you can get a larger volume of energy out of diesel fuel. You may pay more for  diesel fuel, but the tradeoff is getting  more usable  power out of the diesel than you would for the same amount of any other gas. Fuel efficiency is the number one advantage for using a diesel generator.

• Stability: Another huge benefit for using a diesel generator is the guaranty of a stable power source. In large institutions, such as hospitals, this plays a huge role because most of the machines and devices used in them  require electrical  power to be on 24 hours a day, seven days a week and once the power goes out for some kind of stoppage or disaster, it  could mean the difference between life and death during a surgery or even keeping some kind of life-saving machine going until the main power comes back on.

• In comparing a natural gas powered generator, the diesel generator is far more efficient for several reasons such as: 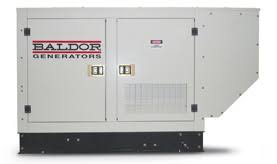 Noise is a big issue with a diesel type of  generator. While newer models are getting quieter, the older versions can still be a bit  noisy.  Diesel generators that are used in and around  larger populations may also be too noisy for residents around the vicinity of these units.

Given the recent trend of cleaner energy fuels and less greenhouse gases, diesel is  considered a major cause of heavy pollution in most major cities and towns where it is used.

When it comes time to choose between a diesel or a natural gas generator, you’ll need to answer a few important questions:

Both natural gas and diesel generators have their advantages and disadvantages.  With the arrival of newly developed fuel sources, such as biodiesel, these new fuels are getting less harmful on the environment and air quality, more efficient in the way these new energy sources are burned to create the power needed, and saving you on the future costs of running/maintaining these new units.

If you would like help selecting the right generator for your next  job, feel free to contact us today at 1-866-468-7697 and we can help you choose a generator that fits your needs.  A winning combination of an empowered team that loves what they do, working towards one goal.  We are CD & Power, “Powering Your Success” for 30 years and for many more to come.