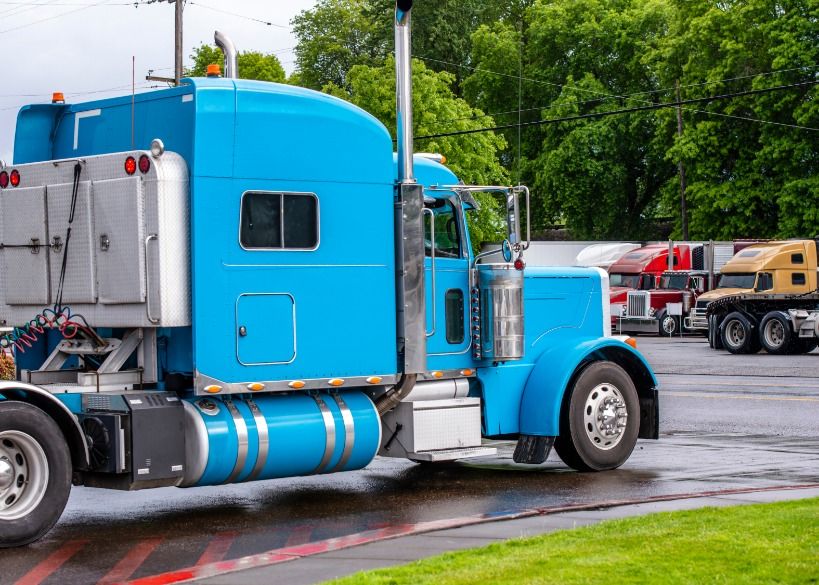 What comes to mind when you think of the word “opacity”? If you said “clear as day” or “can’t see through it,” then you’re correct! Opacity describes how transparent or see-through something is. In smoke testing, the opacity of the engine exhaust tells us how well the equipment is preventing smoke from entering the atmosphere. To get started with your smoke opacity testing services, read for more information about what it is and why it matters.

Any California border crossing, CHP weigh station, or random roadside spot may serve as a location to inspect for excessive smoke, tampering, and engine certification label compliance in heavy-duty vehicles. Subject trucks and buses may be inspected for violations. In addition, vehicles registered in other states or foreign countries may be inspected. Violations are assessed with a minimum penalty of $300.

To ensure PSIP compliance, diesel and bus fleet owners are required to conduct smoke opacity inspections on their vehicles annually and repair those that emit excessive smoke. CARB randomly audits fleets, reviews maintenance and inspection records, and tests a representative sample of vehicles. Vehicles must be repaired and retested if they fail to pass the test.

Beginning four years after its model year (for example, model year 2018 trucks were due for their first inspection in 2022), compliance with PSIP requires annual smoke opacity inspections for most vehicles over 6,000 pounds gross vehicle weight rating (GVWR).

This requirement affects truck and bus fleet operators across the state and any outside heavy-duty vehicles that will travel through California.

It is critical for fleets to maintain the two most recent consecutive PSIP test results for every vehicle, including post-repair opacity results and smoke meter calibrations. CARB may audit the records of all heavy-duty diesel vehicles at the designated fleet location.

What is Involved in Smoke Opacity Testing?

What Are the Benefits of Smoke Opacity Testing?

Aside from annual smoke opacity testing being a regulatory requirement, testing identifies potential problems before they become costly repairs. Some issues that can come up are:

These problems are challenging to diagnose and solve because their presence generates generic alarms. Technicians must remove, disassemble, inspect, and manually clean components if suspected of clogging or other emission reduction system issues.

You can avoid further penalties that could arise if one of your trucks is stopped for smoke opacity testing. As mentioned, fines start at $300 per violation but go up from there!

We now have multiple technicians certified to conduct periodic smoke testing to keep your organization in compliance. We can ensure your compliance and reduce maintenance costs by performing annual smoke opacity inspections for your commercial trucks. It is crucial to maintain your fleet properly to avoid costly repairs and downtime.

Since 1985, the team at CD & Power has been considered one of the most talented groups of engine experts in Northern California. This expertise spans industrial and generator engine technology. Our most senior technicians literally act as professors to our journeyman and apprentice team members in the only state-approved “Master Generator Technician” apprentice program in California. From our locations in the San Francisco Bay Area and Sacramento, our talented team is prepared to assist with every aspect of your engine and generator maintenance needs.